Shiba Inus are one of the most well-loved breeds in Japan and around the world. Their beautiful coat and photogenic smiles make them so much more loveable.

Find out more information about their key traits, personality, training and socialisation needs as well as how to care for them below!

Table of Contents hide
1 Key Traits
2 Personality
3 Caring For A Shiba Inu In Singapore
3.1 Staying In A HDB Apartment
3.2 Grooming Needs Of A Shiba Inu
3.3 Exercise Needs Of A Shiba Inu
4 Training A Shiba Inu
5 Socialising A Shiba Inu
5.1 Why Socialising Is Important For A Shiba Inu
5.2 How To Socialise A Shiba Inu
6 Common Health Conditions
6.1 Cataracts
6.2 Patellar Luxation
6.3 Hip Dysplasia
6.4 Allergies
6.5 Dental Disease
7 Price Of Owning A Shiba Inu In Singapore
7.1 One-Off Costs
7.1.1 Licensing
7.1.2 Sterilisation
7.1.3 Microchipping
7.2 Recurring Costs
8 Fun Facts About Shiba Inus
8.1 They Are An Ancient Japanese Breed
8.2 They Were Hunting Dogs
8.3 They Were Almost Extinct
8.4 The Oldest Shiba Inu Was 26 Years Old
9 Frequently Asked Questions
9.1 Are Shiba Inus good dogs?
9.2 Do Shiba Inus bite a lot?
9.3 Can you leave a Shiba Inu alone?
We’d like to thank Dr. Michelle Burch (DVM) from Safe Hounds Pet Insurance for her valuable insights regarding this topic.

*Disclaimer: The content in this article provides general information that should not be used as a substitute for professional advice from a vet. For an accurate diagnosis of your dog’s health condition, please consult a vet.

Shiba Inus are independent dogs with a strong personality. As they have a mind of their own, they may appear to be stubborn or even disobedient to their owners at times.

If Shiba Inus are not socialised since young, they can become possessive when it comes to their food, territory or belongings such as toys.

While Shiba Inus are often shy around strangers, they’re warm and friendly towards familiar faces.

Caring For A Shiba Inu In Singapore

Staying In A HDB Apartment

Shiba Inus are not permitted in HDB apartments. This could be due to the constant shedding of their fur or highly active nature.

You can refer to this list of HDB approved dog breeds to find out which dogs are allowed in HDB flats!

Grooming Needs Of A Shiba Inu

Like Shetland Sheepdogs, Shiba Inus are a double coated breed.

Despite their thick coat, they’re able to adapt to tropical regions like Singapore, where temperatures are generally higher.

Dr. Michelle Burch (DVM) warns against shaving your Shiba Inus as their fur is designed to keep them cool and prevent their skin from getting sunburnt. It also has the added benefit of protecting them against insect bites.

Brushing them will help to reduce the amount of fur scattered throughout your home, especially during these shedding seasons. It will also prevent matting, which can cause skin irritation.

Exercise Needs Of A Shiba Inu

Shiba Inus are like Corgis. Both are very active dogs that require daily exercise to prevent frustration and aggressive behaviour.

However, being in a tropical climate, it’s crucial that you avoid bringing your Shiba Inu out in the middle of the day when temperatures and humidity levels are high.

According to Dr. Burch, bringing them out in such weather conditions could increase the risk of heat exhaustion or stroke, which could in turn be life-threatening.

Furthermore, they may develop burns on their paw pads depending on the surfaces they walk on.

Training Shiba Inus from young is important in instilling proper canine manners and one essential aspect is teaching them to be on a leash.

Due to their nature, Shiba Inus enjoy chasing other animals. Hence, it’s advisable to keep them on a leash when bringing them out for walks or jogs.

Although they’re an intelligent breed, training them is often a challenge as they’re strong-willed and have a mind of their own.

Significant time and patience is required when it comes to teaching and training your Shiba Inu.

You’ll need to be firm with him, especially when you catch him displaying negative behaviour.

Don’t forget to praise or reward your Shiba Inu when he does something well.

You can check out this training video by Zak George for more practical ways on how to train your Shiba Inu!

Socialisation is essential in teaching canines how to get along with humans and other dogs.

Why Socialising Is Important For A Shiba Inu

Due to their personality, Shiba Inus may have certain bad habits.

Thus, practicing socialisation from a young age can help in

How To Socialise A Shiba Inu

There are various ways to socialise a Shiba Inu.

Some simple ways include

According to Dr. Burch, approximately 6.2% of Shiba Inus in the United States develop cataracts in their lifetime.

Cataracts will cause your dog’s eyes to have a cloudy appearance and they may eventually suffer from a loss of sight.


Glaucoma is an eye condition with similar symptoms. Hence, you should consult your vet for an accurate diagnosis.

Patellar luxation occurs when your dog’s kneecap pops out of the groove. It may increase the risk of arthritis in the joint.

Hip dysplasia occurs when the ball of the femur fails to fit snugly into the socket joint of the hip.

There are three main types of allergies – food, contact and inhalant allergies.

According to Dr. Burch, allergies are often more common in tropical regions due to the higher numbers of fleas, mosquitos and sandflies, which then equates to more insect bites.

Dental disease is one of the most common problems among Shiba Inus.

The accumulation of plaque will result in the growth of bacteria around the teeth. This could lead to infections in the gums, tooth root ligaments and bone around the roots and subsequently damage their organs including their kidneys and liver.

For dental diseases, prevention is better than cure. Brushing your Shiba Inu’s teeth daily can help to prevent the buildup of plaque.

Price Of Owning A Shiba Inu In Singapore

The National Parks Board Animals and Birds (Dog Licensing and Control) Rules state that all dogs in Singapore must be licensed. This will help to facilitate the tracking of animals in the event of a disease outbreak.

The cost of licensing is dependent on the number of dogs you own and the type of license you are applying for.

Sterilisation may help to lower the risk of your Shiba Inu developing certain medical conditions. It’ll typically cost $150 to $500, depending on the gender of your dog.

Microchipping can help in locating your dog in the event that he’s lost. This procedure will typically cost anywhere between $50 to $90.

You may also incur additional costs from purchasing things such as pet insurance and dog toys.


If you’ve just gotten a Shiba Inu puppy, Pet Lovers Centre is giving you and your puppy some free gifts. Get a free Puppy Pack (worth up to $85) when you sign up for our Puppy Bonus Plan* today!

*Puppy must be younger than 12 months of age.

They Are An Ancient Japanese Breed

Shiba Inus are one of six native Japanese canine breeds and are said to have existed hundreds of years ago.

They Were Hunting Dogs

Shiba Inus are adept at living in mountainous regions and were formerly used as hunting dogs. They would typically flush birds and hunt small animals.

They Were Almost Extinct

Shiba Inus almost became extinct after World War II due to the bombing raids and a viral canine infection known as distemper.

To prevent the breed from becoming extinct, breeding programmes were held.

The Shiba Inu is now one of the most popular breeds in Japan and the world!

A Shiba Inu mix breed held the title of the world’s oldest dog alive in the Guinness World Records until he passed on in 2011 at the age of 26.

The title is now held by a miniature dachshund which is 21 years old.

Shiba Inus are intelligent and independent dogs. However, they’re highly energetic and can be difficult to train.

Hence, they may not be the best option for first time pet owners.

Before committing to this breed, it’s important that you understand more about its traits and personality so that you can make a more informed decision.

Do Shiba Inus bite a lot?

Shiba Inus don’t usually have a habit of biting.

However, if you notice that they’re biting you frequently or more than usual, they could be
• Teething
• Stressed
• Poorly socialised/trained

Can you leave a Shiba Inu alone?

In general, Shiba Inus are independent and can be left alone for up to 8 hours. However, they’ll require plenty of exercise beforehand.

As some Shiba Inus may experience separation anxiety, it’s crucial that you understand your dog before deciding whether they can be left alone for extended periods of time.

Owning A Shiba Inu In Singapore

Owning a Shiba Inu is a commitment.

Before welcoming this fur friend into your family, you should find out more about this breed and decide if you’re able to provide the love and care that it needs! 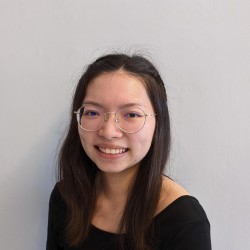 Everything You Need To Know About Owning A Pug In Singapore

Why Do Dogs Tilt Their Heads: Are They Really Confused Or Acting Cute?

Everything You Need To Know About Owning A Pug In Singapore