5 Things To Know About Illegal Pet Ownership In Singapore For avid Facebook users, it’s common to chance upon viral videos of exotic animals such as hedgehogs and reptiles. Some of them make us squeal in cuteness, while some of them may make us squirm in disgust. But one thing remains certain. These animals are intriguing, especially when they’re banned in Singapore – we always want what we can’t have.

But before searching into the vast internet with hopes of finding your new companion, there’s actually a lot more to take note of besides the hefty purchase price of the illegal animal. Here are 5 things to know about illegal pet ownership in Singapore before making your decision.

Smuggling the forbidden one home is one thing, but if it falls sick, it’s a whole new level of worry. You can’t just waltz into a vet with a hedgehog in hand, and because they’re illegal, chances are our local vets are not equipped with the knowledge to cure them. These animals require specialised care, and when not given, they are more likely to suffer in the hands of inexperienced owners.

There’s been a recent outbreak of Salmonella, and stale sashimi isn’t the only cause of it. Exotic reptiles such as bearded dragons and leopard geckos are common carriers of the bacterium, and there’s no sure way to tell whether they’re host to them or not. If you’re not careful with sanitising your hands after handling your scaly friend, you may experience severe diarrhoea, nausea, abdominal pains and even say hello to death.

3. Imbalance of the ecosystem

These exotic animals may be small, but their lifespans are not the same as hamsters. Getting a pet is always a long term commitment, and critters such as leopard geckos can live up to 6 to 10 years. It’s not uncommon to hear of people getting tired of their pets and releasing them into the wild, but with these exotic animals, it’s not as simple as just releasing your terrapin into Botanic Gardens.

Non-native animals such as leopard geckos post a threat to Singapore’s biodiversity and may disrupt the ecosystem. Plus, when we release domesticated pets into the wild, we’re most likely sending them to their graves.

One may argue that they can obtain their special pets from responsible breeders, but that doesn’t stop people from smuggling these animals in with inhumane ways – especially when the market demand is high. These foreign animals are placed in poor and stressful environments such as small plastic tubes, and drugged to ensure that they’re able to pass the checkpoint quietly. Most of them do not make it past the long and humid journey.

Animals in the black market are expensive, but not as expensive as the fine you’ll have to pay if you’re caught possessing one of them. Under the Wild Animals And Birds Act, any person who kills, takes or keeps any wild animal that is not specified in the Schedule will be fined up to $1000, and the animal confiscated by authorities. If the animal in question is an endangered species, the penalty skyrockets to a fine of $50,000 per animal, and/or up to two years of imprisonment.

Caring For Exotic Pets In Singapore

There’s a lot of debate as to whether these pets should be allowed in Singapore or not, but our hearts should ultimately care for the welfare of these animals. Without proper healthcare and ownership advise, it is best for us to continue watching these animals only through videos until the law is unbanned. 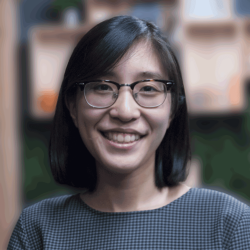 Article by:
Madeleine
As an avid home baker, Madeleine spends a significant portion of her free time scouring the internet for recipes for next her baking project. When she’s not hands deep in kneading some form of dough, you can find her making music with a bunch of like-minded musicians at her alma mater’s alumni band.
Previous article6 Tips To Carry A Cat So It Won’t Resist A Snuggle
Next article11 Dog Cafes In Singapore With Ratings Included