Thinking about getting a little feline companion, but unsure about which breed to choose? According to a study done by Vitale et. al., cats are just as strongly bonded to us as dogs or babies. Also, cats have a wide range of personalities such as being mischievous, insistently vocal or affectionate.

Find out more in our article about 11 different cat breeds you can find in Singapore. We are certain it will help you with your decision of the breed of your future companion!

Contents hide
1. Bengal
2. British Shorthair
3. Burmese
4. Maine Coon
5. Persian
6. Ragamuffin
7. Ragdoll
8. Russian Blue
9. Siamese
10. Siberian
What Cat Breed Is Suitable For Me?
Where To Get A Cat in Singapore
Adopting A Cat
Buying A Cat
FAQs About Owning a Cat in Singapore
Are cats allowed in HDB?
Should I get a kitten or a cat?
How much does it cost to own a cat in Singapore?

Bengals look like wildcats but are domesticated house cats. They’re super intelligent and have great agility, which also means they’ll need a lot of toys and play areas. You’ll have to prepare for a lot of mischief at home if they have insufficient physical and mental stimulation!

Fun fact!
Would you have guessed that Bengal are descendents of wild Asian leopard cats? They’re also named after these leopard cats which are known as Prionailurus bengalensis.

Bengals are not just athletic, they’re also excellent swimmers unlike other cats. They love water so much that they’re often found playing with water at home!

British Shorthairs are known as the chill cats or the gentle giants. They’re great for new cat parents or the elderly as they don’t need 24/7 attention. Additionally, they’re perfectly fine being alone at home even though they love spending time with their humans.

Fun fact!
It’s not hard to believe these teddy bear lookalikes are commonly seen in cartoons! The Cheshire cat from Alice In Wonderland and Puss in Boots were representations of these cute felines!

They’re also one of the oldest cat breeds that were spotted. British Shorthairs are said to have been brought to Britain by the Romans.

There are 2 kinds of Burmeses — the American and the European. They usually need the company of a human or another pet, but another of the same breed will be preferred. You can teach Burmese tricks, and take them out on walks on a leash, just like a dog!

Burmese want to be part of everything you do and will make themselves heard. They’re so talkative, you can hear them when you return home or when you’re in the kitchen.

Fun fact!
According to history, Burmese is a combination of Burma and Siamese, the ancestor of Burmese cats. Burmese, in Thai language, means beautiful and fortunate, just like the cat breed.

A folklore says that the cat was living its best life in a monastery in Thailand. But it was nabbed by the Burmese when Thailand got invaded back in the 18th century!

Maine Coon cats are dog-like, playful and smart! They’re loyal, very affectionate with their families, like snuggles and love talking to you. They don’t just meow, they also chirp and make trilling sounds when communicating with humans.

Give them a puzzle toy and they’ll be occupied to no end! They get along with everyone, and though they love the attention, they’re completely happy when left alone. If you’re looking for a sweet tempered furchild, Maine Coon cats might just be the one!

Fun fact!
Maine Coons were said to be first discovered in Maine and were known to be used to catch mice and rats. There are many stories about their origins, but legend says that they descended from Queen Marie Antoinette’s royal cats.

Maine Coons also almost became extinct, but today, they’re one of the most popular cat breeds!

Gentle, relaxed and easy-going, Persians are known to be quiet and sweet tempered. They’re quiet cats that enjoy quiet environments and can become annoyed when there are loud children around.

Persians are not demanding and are happy to be given regular meals and some playtime. They’re as content as can be if they’re able to watch you as you go about your day!

Fun fact!
It is said that the Persians originated from Persia (Iran), but the origins of this breed is still a mystery! The original cat did not have a flat muzzle until a genetic mutation that took place in the 1950s.

Ragamuffins are big kitties with big eyes, big bodies and big hearts. They’re beautiful, sweet and easy-going. Best known for their patience for children, they also make excellent companions for the elderly and physically impaired.

Fun fact!
The Ragamuffins were once known as a variant of the Ragdolls, but were later recognised as a separate breed in 1994.

Ragdolls are commonly known as puppy cats and are the most dog-like amongst other cats. They have a gentle nature, are very interested in what their humans do and want to help them with everything.

Ragdolls will make superb family pets because they get along with anyone, even dogs, and are extremely patient with children.

Fun fact!
All Ragdoll cats are born white, have blue eyes and are the largest cats around! They got their adorable breed name because they go limp and relax, just like a ragdoll, when picked up.

Russian Blues are a balanced mix of being loving and loyal, yet independent and playful at the same time. Even though they’re affectionate to the whole family, they’re often attached to one pet parent of their choice.

Though they need a lot of time for play, they also need their alone time in a quiet spot. As social as they’re, Russian Blues are innately shy and may hide with strangers present.

Fun fact!
Originating from Russia, old folktales have it that Russian Blues are good luck charms. they’re the absolute favourite of Russian royals and are used to defend against evil spirits!

Choose a Siamese if you like to spend time having lengthy conversations with your furchildren. Siamese are very talkative and opinionated, they want your full attention and want things done their way. They’ll make sure they’re heard if little or no attention is given!

Fun fact!
Did you know that Siamese kittens are born white and their colour changes depending on the temperature? If they’re kept in a warm room, they’ll stay creamy white due to their albino genes!

Check out Sagwa, the Chinese Siamese Cat if you haven’t! It’s a children animated television series about family values which features this very breed.

Siberian cats have the perfect combination of beauty, agility and playfulness. They don’t just have amazing fur, they’re also lovable and loyal family companions. Even though they have high energy levels like other breeds, they’re typically mellow and quiet.

If you are looking for a cat that purrs only when showing affection to you, Siberians might be a perfect fit!

Fun fact!
As one of Russia’s national treasures, Siberian cats have a part in many Russian folklore and fairy tales.

Based on a Russian tradition, when a new home is bought, they would let a Siberian cat in to roam around. Thereafter, they would place their beds where the cat first lies down for good luck.

Singapuras will get along well with you, your family and other animals. They like to be involved in your daily activities, and are the happiest when they’re with their family.

These little creatures are tiny but are full of character! They’re playful, curious and very affectionate, but are afraid of loud sudden noises. It’s also best not to leave them alone for long periods of time.

Fun fact!
Did you know that the Singapura cat originated here in Singapore? Apparently, this smallest breed of cats was brought into America in the 70s to be developed into purebred cats. They were also recognised by the Cat Fanciers’ Association in 1982.

What Cat Breed Is Suitable For Me?

There are many factors to consider before deciding which cat breed is right for you and your family.

Here are 5 factors you can consider before bringing your cat home:

1. Are you often home?
Consider how long your cat will have to be alone at home each day as some breeds are very sociable and need human companionship.

2. Does your home have the appropriate company for your ideal cat?
Some breeds are better with company and some cats prefer to be alone.

3. Find a breed that best matches your energy level.
You’ll need to consider if you prefer an active or a laid back cat. If you like to constantly be around your cat or have playtime every day, then an active cat will fit you.

4. Do you have the time to maintain your cat’s coat?
If you don’t have time, a short-haired cat might be more suitable as their coats are rather low maintenance and can be easily brushed. Whereas you’ll have to brush a long-haired cat regularly, and constantly check for knots and mats.

5. Do you prefer a talkative cat?
Some cats are known for being vocal and can have very loud voices.

Where To Get A Cat in Singapore

Adoption fees range between $0 to $250, depending on the cat’s age and the duration they’ve been listed for adoption.

Here’s a list of cat adoption centres, together with the adoption fees for your consideration.

There are many pet shops in Singapore you can visit if you prefer to purchase a cat. If you’re concerned about ethical breeding, you can check if the shop is licensed by the Animal Veterinary Services (AVS).

FAQs About Owning a Cat in Singapore

Are cats allowed in HDB?

No, cats are not allowed in HDB flats. Some cats require more space and prefer to roam around, instead of being cooped up at home. Furthermore, your neighbours might be allergic to cat fur or be disturbed by their loud meowing.

Should I get a kitten or a cat?

Caring for a kitten can be very different from caring for an adult cat. A cat is no longer a kitten when it turns 1 year old. Kittens require more time for socialisation, and will need more medical attention initially.

You should consider your lifestyle and how much time, effort and money you’re willing to devote to your furchild.

If you have a busy working family, an adult cat can be a better option. Kittens have endless energy and kitten-proofing your home in case of accidents is a must.

How much does it cost to own a cat in Singapore?

There are items such as food, sterilisation, microchipping, cat-proofing, vaccinations, and grooming to consider. Some of these costs will be recurring for the entire lifespan of your furchild.

A preliminary calculation of the initial and yearly recurring costs for the first year will sum up to approximately $3,000. You may want to put aside an emergency fund of $1,000 – $5,000 in case your furchild falls ill. 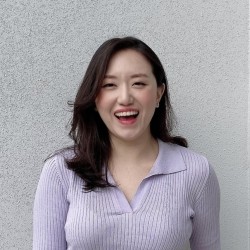 The colours of nature and dogs are things that fascinate Sandy. During her free time, you can find her either on a nature trail or at a café sipping coffee.

Can Dogs Eat Raw Chicken? — Here’s How To Prepare It Safely For Your Dog

My Dog Keeps Sneezing: Common Causes and What To Do About It

Can Dogs Eat Watermelon? – With Advice From Vets