8 Guinea Pig Skin Problems All Owners Have To Know

Being easy mammals to care for, guinea pigs are a popular choice for pet lovers who’ll like to commit to something bigger than a hamster. However, some take advantage of their low-maintenance, with negligence and bad hygiene causing skin diseases that the pigs could contract in the long run. Expensive veterinary fees aside, this also causes discomfort to the fur balls and may even affect their mobility. So before committing yourself to a guinea pig, here’s 8 of their common skin problems you can learn to prevent.

We’ve all experienced the pain of having blisters on our feet, so imagine the agony a guinea pig has to go through when their footpad develops sores. Bumble Foot is a condition in which a guinea pig’s footpad becomes inflamed, develops sores, or becomes overgrown. If left untreated, the infected leg may even have to be amputated.

There are a few underlying causes for the condition, but the main ones include the lack of vitamin C and wire floor caging, which causes excessive pressure on their feet.

Just like how termites burrow under wood, all guinea pigs are hosts of fur mites which burrow underneath their skin. They are usually present in small numbers that do not affect their host, but their numbers increase when the guinea pig is stressed or low on immunity.

To prevent an infestation, a pig’s living quarters should always be kept sanitary. Ectoparasites can infect other household pets too, so unless we’re looking for a reenactment of Resident Evil, let’s keep the homes of our guinea pigs spick and span.

If your guinea pig is constantly drooling, chances are that it isn’t because they’re hungry. Slobbers is a condition where the fur under the jaw and down the neck remains wet from constant drooling of saliva, causing dermatitis. It is most commonly found in guinea pigs of ages 3 and up, where the upper and lower premolar teeth meet improperly while chewing.

As slobbers can also be caused by dietary reasons, your fur baby should also be fed a well-balanced and nutritious diet to supplement any lack of vitamin and minerals that they may have.

Just like how Scurvy plagued pirates of history, it is also a disease that commonly affects guinea pigs. Like humans, guinea pigs lack the physical ability to manufacture their own vitamin C, requiring an outside source of vitamin C in the form of vegetables and fruits.

This condition interferes with their ability to produce collagen, an important part of bone and tissue formation which in turn causes blood clotting and problem with their skin or joints.

Often confused with mite infection, a fungal infection affects a guinea pig’s hair and top layer of skin. It is easily identifiable via dry and scaly skin on the ears, nose and feet, sometimes with dandruff-like skin on the coat. High humidity, age and stress are the top factors in producing this condition.

If the infection is caught on the early stages, coconut oil can be used as a cheap and effective treatment on the affected areas.

As greedy eaters, guinea pigs would always squeal at the sight of food and gobble up as much as they can. So if you’ve noticed that yours isn’t eating, it may be a symptom of urine scald. Urine scald causes red swollen skin between their back legs and the area may even have open sores.

It can also be a sign of serious medical problems like bladder or urinary tract stones. The stones irritate your pig’s bladder, and may even completely block the urethra and prevent your pig from urinating. Unsanitary conditions can also lead a pig to hold their urine to prevent adding on to the filth, so the rule of thumb is to always keep their cages clean!

Just like how we’re prone to pimples, guinea pigs can have cysts too. They are pockets of pus causing pain, inflammation and swelling. Cysts and abscesses most often occur on the jaw line, rump and backs of guinea pigs, but can occur anywhere on the guinea pig’s body and be the result of a hay poke, fight or a bacterial infection.

But don’t go popping them by yourself like you do with your pimples – any lump should be seen by a vet to determine if it’s a fatty lump or tumour. Once diagnosed, cysts are either drained or may require surgery to remove.

When handling your guinea pig, you may have noticed a gunky spot around the area where you’d find your guinea pig’s tail. The grease gland, also known as the caudal gland, produces secretions for scenting and marking purposes. While all pigs have this gland, males are particularly prone to contracting Greasy Seborrhoea.

As adorable as they get, guinea pigs are known to be prone to many health conditions. They may be cheaper to maintain as compared to a dog or cat, but a visit to the vet would cost roughly the same price as their bigger counterparts. Cleaning their cages and ensuring that that they’ve always enough fresh fruit and veggies will also require a lot of attention, so be sure that you’re really ready for such commitment before purchasing one! 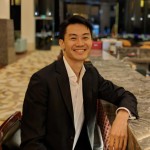